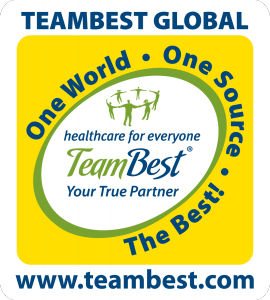 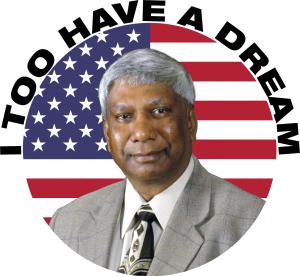 WASHINGTON, DC, USA, May 11, 2021 /EINPresswire.com/ — I have observed the career of the POTUS since 1972, including his successes and failures in Presidential campaigns. There is a time for everything, and maybe now is the time for President Joe Biden. America truly needs a "Transformational Leader" like you, with the help of the First Lady Dr. Jill Biden, to reset the course and destiny of America.

Cancer: A deadly serious disease, and most of us know someone — be it a friend, immediate family member, distant relative or professional associate — who has suffered or died from Cancer. I lost my father to Cancer in 1968. It has been a 50-plus-years' journey to deal with its devastation to almost every family. For this reason, I launched my 'Global War on Cancer' on April 29th, 2015, in memory of my father.

In 2007, I formed the Best Cure Foundation (BCF), to reduce the death and suffering from Cancer, Cardiac, Diabetes, Obesity, Contagious/Infectious and other diseases by 50% or more. BCF proposes using a Total Health Approach of Prevention, Early Detection, Effective Treatment for Total Cure — practicing Proactive Healthcare with Full Transparency on Clinical Outcome, Benefits and Cost. This can be accomplished by establishing a Hub & Spoke Model of Healthcare Delivery System, with Express & Mobile Clinics linked to General and Multi-Specialty Medical Centers that are connected to 3–6 Star Apartment Hotels.

When I entered my career in Oncology in 1972 , at then Freedmen’s Hospital (now known as Howard University) in Washington, DC, patients who came with early-stage, localized disease were treated and cured of Cancer. But most of those with advanced disease did not survive long, in spite of extensive treatment. After a half century of innovations and hundreds of trillions of USD in research, we still can treat and cure only the patients that seek treatment with early and localized disease.

There has been significant misunderstandings about Cancer Research and Cure, including the myth that Cancer is incurable. The truth is we are treating and curing nearly 50% of all Cancers, when patients seek treatment with early localized disease. Politicians and elected officials, beginning with President Richard M. Nixon, have been dumping untold amounts of funds into Cancer Research. There have been some accomplishments, but not nearly enough to justify the incredible amount of funds spent on Cancer Research.

In the mid-1970s, the American Cancer Society issued an advisory: to increase Vegetables, Fruits, Nuts and Fiber, and to avoid Red Meat in our diets; quitting Smoking; and seeking Early Detection to reduce Cancer deaths. These preventive methods have been very helpful in reducing the death and suffering from Lung, Prostate, Breast, Colon Cancers, etc.

Most elected officials know how to tax and spend; it is a rarity for an elected official to recognize that the money does not belong to them, but is borrowed (in the case of USA, borrowed from China and other countries), increasing the debt to current and future generations.

How do we improve the Clinical Outcome? I proposed my plans in June 2010 to then-President Obama and First Lady Michelle Obama, which demonstrated the resulting savings in both cost and lives (confirmed by Institute of Medicine IOM Report in September 2012). However, no one in his administration, or the POTUS or the FLOTUS themselves, paid any attention and rejected them as impossible.

Earlier this year, when you announced the withdrawal of troops from Afghanistan, you mentioned that the Afghan War has gone on longer than the Vietnam War, and longer than Russia’s war in Afghanistan. You also stated that you did not want to leave this war to your successor.

In 1991, Congressman Harris Wofford asked in so many words, if criminals are entitled to a defense attorney at the cost of American Tax Payers, why is it that law-abiding American Citizens are not entitled to a doctor when they are sick?

Mr. President, we can improve Clinical Outcome by using the BCF Total Heathcare System and Proactive Healthcare Delivery System. America can reduce the cost of Medicare by 20% or more, and make it available to all Americans. This is what I presented to then-President and FLOTUS in January 2010.

Will you and Dr. Jill Biden miss the opportunity to save American Taxpayers' money, by improving Clinical Outcome and making affordable healthcare accessible to all Americans? We can also prepare the country for the current and future pandemics — by implementing BCF's plan. This plan will reduce the death and suffering from all diseases by 50% or more, by initiating USA Health Corp and Global Health Corps, with 100s of millions paid employees and volunteers.

I am offering this through Best Cure Foundation, a Non-Profit Foundation/Non-Governmental Organization. Kaiser Permanente Foundation and BlueCross and BlueShield are Non-Profit. CVS, other pharmacies, and Walmart have initiated many thousands of Express and Mobile-Clinics, operating for more than 10 years during store hours, with plans to offer Primary/Dental Care Services. Nearly 15 years ago, I promoted this concept. These clinics have been instrumental in expediting the COVID-19 vaccinations to everyone who made appointments, and continue to do so, even today in USA.

Such a plan will save Medicare as much as 20% a year and make it available to all those who seek healthcare. It will be run by a private non-profit foundation, not a government agency. Therefore, the project will gain broader support from those who oppose government involvement in delivering/deciding care.

Mr. President and Dr. Jill Biden, you can accomplish all of your goals for USA Healthcare Delivery System, and save lives and money! Will you join me in this monumental, but noble journey…or will you too, ignore this opportunity, as did the Obamas?