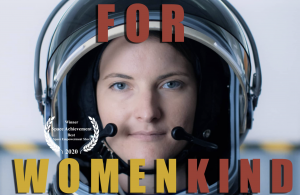 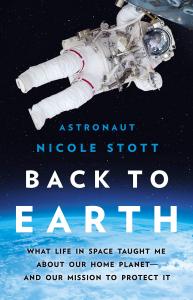 As an astronaut, I want to set an example for young women that inspires them to pursue exciting and challenging careers, and to believe they have the power to make a positive impact in the world”
— Nicole Stott

WASHINGTON D.C., UNITED STATES, March 9, 2021 /EINPresswire.com/ — “FOR WOMENKIND” has been awarded the Best Space Empowerment Short Film by the Institute of Space Commerce (ISC). The film released today by Geeks Without Frontiers for International Women’s Day, and Women’s History month in the U.S. commemorates and encourages the study, observance, and celebration of the vital role of women. Geeks Without Frontiers (GEEKS) is a non-profit organization focused on bringing the benefits of internet connectivity to unserved populations.

Distribution of the film is being coordinated by Geeks Without Frontiers’ WomenConnect! working group, which focuses on initiatives that promote gender equality and women’s empowerment. The organization provides women with unprecedented opportunities and education solutions for sustainable development through access to connectivity, technology, and innovation. GEEKS is leading the working group in conjunction with other industry professionals, experts, and stakeholders to support projects and initiatives that help and encourage women as part of its greater work around the world to empower the unserved and help catalyze positive global change.

GEEKS and WomenConnect! are committed to supporting women and girls by building critical foundations for the future and ensuring that all GEEKS strategies and initiatives are established with gender analyses and metrics to measure and eliminate gender inequalities. One of the first WomenConnect! projects was “The Kalpana Chawla Scholarship for Innovation, Entrepreneurism & Space.”

The award winning short film, “FOR WOMENKIND” (https://vimeo.com/381089239) features astronauts Nicole Stott and Jessica Meir. Dr. Meir was recently selected as a candidate for a future Moon mission and, in 2019, was a member of the first all-female spacewalk from the International Space Station. The next crew, after over 50 years, to return to the lunar surface will include the first woman on the Moon.

About Geeks Without Frontiers

Geeks Without Frontiers is a platform for global impact. A technology neutral nonprofit, GEEKS mission is to bring the benefits of broadband connectivity – health, education, poverty reduction, gender equality, and the other United Nations Sustainable Development Goals (SDG’s) – to the estimated 3.5 billion people who remain unconnected.

“FOR WOMENKIND” is a GEEKS-led initiative, which celebrates women’s achievements. The goal of “FOR WOMENKIND” is to inspire girls to pursue careers in Science, Technology, Engineering, Art, and Math (STEAM) www.FORWOMENKIND.org

Nicole is an artist, SciArt education advocate, aquanaut, retired NASA astronaut, advisor to GEEKS, and most importantly a mom. She served as a Flight Engineer and Mission Specialist on two missions on the Space Shuttle and to the International Space Station. She is the founder of the Space for Art Foundation, and is working to creatively combine the awe and wonder of her spaceflight experience with her passion for art. Nicole is on a mission to inspire everyone’s appreciation of our role as crewmates here on “Spaceship Earth”.

“As an astronaut, I want to set an example for young women that inspires them to pursue exciting and challenging careers, and to believe they have the power to make a positive impact in the world,” said Nicole Stott.

March 9 2021, is the 10th year anniversary of the Space Shuttle Discovery making its final landing at the Kennedy Space Center in Florida, with a crew that included Nicole.