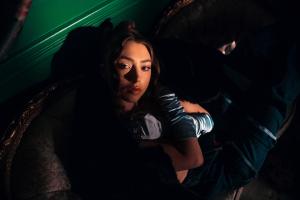 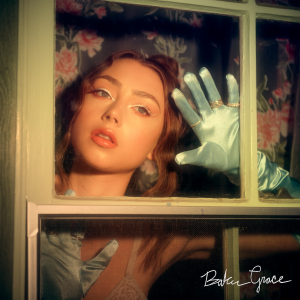 But the best special effect is Baker Grace herself, an alluring screen presence who invests every frame she inhabits with warmth and winning personality.

NEW JERSEY, USA, March 8, 2021 /EINPresswire.com/ — "What do I do when I'm all alone?" asks NJ pop singer-songwriter Baker Grace on her latest single, "Be OK," "do I love myself? Do I hate myself?" Many of us have been asking similar questions. Isolated as we have never been before, we're discovering that no matter where we go or how fast we run, we can never escape from ourselves. Pop music, at its best, is always a reflection of the national mood – and if the sound of popular songs has become more introspective than it was a couple of years ago, it's not too hard to figure out why. With "Be OK," Baker Grace catches the spirit of the moment: all the ambivalence, the destabilization, the self-doubt, the flashes of optimism, and the perseverance that characterizes these first treacherous months of 2021.

It's not the first time Baker Grace has located the zeitgeist. Girl, I Know, her uncompromising 2019 EP was a harbinger of pop's turn toward frankness. The songs on the EP were irresistibly catchy, but they were also confessional, candid, and searing and unflinching in their honesty. Baker Grace sang them all in her lightning-flash of a voice – a mesmerizing pop voice, nuanced enough to carry meaning but immediate enough to make an indelible impression on even the most casual of listeners. "Be OK" demonstrates that Baker Grace has only gotten better in the two difficult years since the release of the EP: her tone is richer and fuller, her confidence is more apparent, and her passion is unmissable. She's applied her vocal talents to her best melody and her best set of lyrics yet – a song that already sounds like a classic and one designed to speak eloquently to the times.

For the "Be OK" clip, she's joined forces with another young female artist with plenty to say: the actor, director, and writer Chloé Aktas. Aktas is probably best known for her recurring role on The Walking Dead, but she's also an accomplished filmmaker: her short film Lance (in a Neck Brace) went to Sundance in 2020 and was featured in Indie Wire. Aktas has developed a distinct visual style, and her "Be OK" clip plunges Baker Grace into a dream: she's alone in the middle of the country, stranded on a beautiful farm, stuck in an old car that won't start. Expressive use of slow-motion and shadows deepen the drama of the clip. But the best special effect is Baker Grace herself, an alluring screen presence who invests every frame she inhabits with warmth and winning personality.