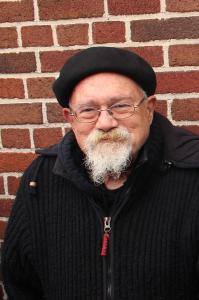 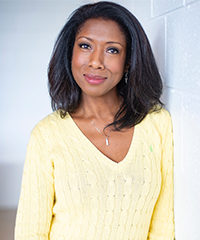 Hash Bash is committed to the advocacy of federal cannabis legalization and to giving cannabis users and patients a voice.”
— Anqunette Sarfoh

The event will focus on commemorating accomplishments major and minor but focuses also on the need for federal legalization and repairing the harms inflicted by the drug war. The 2021 Hash Bash Committee is partnering with businesses to make a successful broadcast and benefit our two designated Bash charities, the John Sinclair Foundation and the Michigan Cannabis Prisoner Freedom Fund.

There are many decided factors that have contributed to the decision to host Hash Bash virtually this year. Among them are the introduction of Covid-19's new "Variant of Concern" into Michigan and the fact that it has been identified on U of M's campus.

“Hash Bash is committed to the advocacy of federal cannabis legalization and to giving cannabis users and patients a voice. We are excited to carry on this tradition with a new and innovative format that our attendees can feel safe attending. For decades we have given cannabis users a voice and an incredible afternoon of entertainment,” said Anqunette Sarfoh, Emcee and medical marijuana patient.

The Hash Bash Livestream will last several hours and begin at the traditional time of High Noon on Saturday, April 3rd. The variety show will include many return speakers including John Sinclair. Entertainment will be provided by notable Michigan musicians such as Laith Al-Saadi and Tom Wall, as well as a performance by cannabis enthusiast and drag queen, Laganja Estranja.

In addition to the aforementioned politicians and celebrities, many notable cannabis activists, personalities, and other drug policy reform organizations will be making an appearance. Among them are Decriminalize Nature A2, Rick Thompson and the Social Revolution, Jazz Cabbage Café, Students for Sensible Drug Policy (SSDP), The Redemption Foundation, National Organization for the Reform of Marijuana Laws (NORML), West MI Cannabis Guild, Cannabis Caucus of the MI Democratic Party, and more.

“In the interest of public safety, we felt it was our duty to continue, full-steam ahead, with a digital production that can accommodate the needs of the community and continue to educate, activate, protest, and entertain in true keeping with the traditional event.” said longtime organizer, Nick Zettell. “We cannot wait until next year when we can all gather together on the Diag to continue this wonderful tradition safely and confidently.”

The Ann Arbor Hash Bash is one of the longest running cannabis legalization rallies and has served as a mainstay of Michigan’s cannabis community for five decades. The first Hash Bash took place on the University of Michigan Diag in 1972 as a protest against the Controlled Substances Act. Hash Bash is a countercultural event and serves as a forum for cannabis users and advocates to speak out against injustices and promote sensible policy reforms.