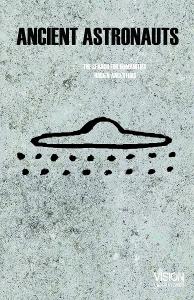 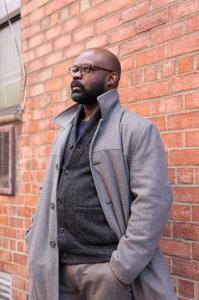 Dwayne Buckle brings you the most intriguing conspiracy theories in “Ancient Astronauts”.

Dwayne Buckle brings you the most intriguing conspiracy theories in Ancient Astronauts.”
— Anonymous

NEW YORK, NY, UNITED STATES, March 8, 2021 /EINPresswire.com/ — Dwayne Buckle brings you the most intriguing conspiracy theories in “Ancient Astronauts”. The movie focuses on the idea that not only do aliens exist, but it takes this belief a step ahead. It is suggested that aliens visited the earth thousands of years ago and shared their advanced technology with mankind. The movie emphasizes this idea by taking a look at multiple unresolved mysteries. The Pyramids of Giza, for example, are truly a wonder to mankind. How is it possible that those heavy stones were carried without modern machinery? Especially considering that some of those stones weighed more than 2 tons. More importantly, how were the pyramids constructed to align with the Orion Belt stars? The precise astronomical alignment of the pyramids certainly cannot be attributed to humans.

Similar to this theory, Dwayne Buckle has gathered many other theories from different areas, languages, and religions. The information in the documentary is complete yet precise. Only the most relevant facts regarding this theory are added. Another notable aspect is the variety of content. The documentary includes information regarding the Wheel of Ezekiel, the Nazca Lines, the Stonehenge, along with various mysterious phenomena from different parts of the world. The same fact emphasized by many different stories and myths adds an air of authenticity. Just the fact that so many mysteries from all over the world point to the same conclusion seems surreal.

The movie has an excellent pace, not too slow nor too fast. It serves as an excellent choice for the tons of information in this video. This ensures that this load of information is presented to the audience in small, easily understood, and digestible pieces. Although there is some repetition of key facts (such as the mysteries of the pyramids in Giza, and the 15-minute intro at the start of the documentary), we don’t seem to mind much. If anything, the repetition helps the viewer to retain the information presented in the documentary.

The images used throughout the documentary are also spot on. Colorful, and vivid enough to conjure strong mental pictures. As the documentary progresses, the viewer slowly becomes inclined to the possibility of aliens coming to earth in ancient times. The fact that those pictures are real, and taken from actual sites just helps to convince you of the same fact. If you have any doubts, you can check the closing credits of the documentary to determine where the images were taken from. We did our research, and well, the images in the movie are, in fact, taken from the sites, which gets us thinking did ancient astronauts exist? Or did aliens ever visit the earth?

The film director, Dwayne Buckle has done an excellent job of directing this documentary. Buckle has also written the script which implies how well versed he is in this particular conspiracy theory. The voice-over by Myles Wright also adds just the right suspense to the documentary. His skeptical, yet believing tone reflects with the audience and is quite believable.