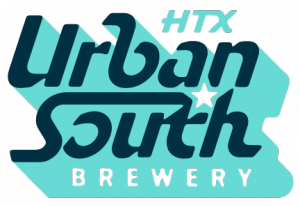 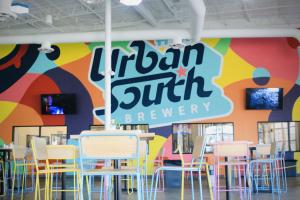 We look forward to continuing to do what we do best ŌĆō brewing innovative and experimental beer that inspires a sense of community for our fans.”
— Dave Ohmer, Urban South – HTX

HOUSTON, TEXAS, USA, February 25, 2021 /EINPresswire.com/ — Urban South – HTX is celebrating one year of hard work and great beer at its Sawyer Yards brewery and taproom. The facility officially opened its doors for business on February 29, 2020 and is Urban South BreweryŌĆÖs first satellite location outside of Louisiana. Urban South – HTX will celebrate its anniversary with the public from Friday, February 26 through Saturday, March 6 with a variety of events, beer releases, tap takeovers and other entertainment.

ŌĆ£2020 was a tough year for many businesses, and we are grateful that hard work and dedication has resulted in our brewery growing and profiting despite being challenged by a global pandemic in our first year of operation,ŌĆØ said Dave Ohmer, General Manager of Urban South – HTX. ŌĆ£I am beyond proud of our team and all that we have accomplished in year one. We look forward to continuing to do what we do best ŌĆō brewing innovative and experimental beer that inspires a sense of community for our fans.ŌĆØ

A few of Urban South – HTXŌĆÖs accomplishments in its first year of operation included:
– Released more than 230 unique beers including IPAs, stouts, pilsners, fruited sours, hard seltzers and more, and packaged more than 300,000 cans of beer.
– Participated in several relief beer collaborations like All Together, Black is Beautiful, Coastal Harmony and I Voted Today to raise funds and awareness for a variety of causes.
– Launched Urban SouthŌĆÖs Spilled beer series, a series of heavily fruited sour beers with varieties available at both the Houston and New Orleans locations. Beers in the Spilled series feature hundreds of pounds of fresh, seasonal fruit conditioned on a sour base, resulting in a smoothie-like sip with a juicy finish.
– Collaborated on specialty beers with organizations across the country including Brutal Beerworks, Baa Baa Brewhouse, Kings Brewing, Imprint Beer Co., John I. Haas, J Wakefield Brewing and more.
– Grew from a team of three to 11 total employees in positions including brewing, packaging, marketing and customer service.

Urban South Brewery was founded in Louisiana in 2016 by Jacob Landry and Kyle Huling. The pair launched Urban South with the vision to combine the heritage and legacy of European brewing production with the American-style beers they grew up drinking in the South. Urban South chose Houston as its first satellite location to celebrate the deep connection between the cities of Houston and New Orleans. Today, Urban South Brewery operates with fearlessness and integrity in an effort to brew the SouthŌĆÖs most respected beer.

To learn more about Urban South – HTX and for the most up-to-date information on anniversary events, follow along on social media (@urbansouth_htx).

About Urban South Brewery
Founded in 2016, Urban South Brewery inspires community and fellowship through the gospel of good beer. With deep roots in Louisiana and a new satellite location in Texas, Urban South – HTX, the award-winning brewery is making its mark in the beer industry. Recent accolades include: 2020 U.S. Open Beverage Championship (Silver), 2020 Great American Beer Festival (Gold), 2020 Beer Army Awards (Gold and Silver), 2019 U.S. Beer Open Championships (Silver), 2019 Best of Craft Beer Awards (Bronze), and 2019 Beer Army Awards (Gold and Silver). Urban South prides itself on being a strong community partner, and ŌĆō with a belief that beer is a family affair ŌĆō the brewery features a family-friendly taproom. For more information, visit www.UrbanSouthBrewery.com and follow on Instagram, Facebook and Twitter for all of the latest information on events and new releases. @urbansouthbeer @urbansouth_htx