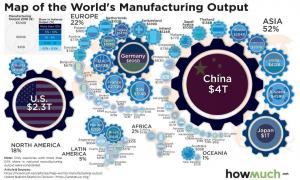 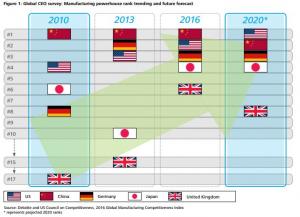 Deloitte’s survey in 2016 predicted the US would surpass Chinese manufacturing competitiveness in 2020; alas, the Covid pandemic interrupted these aspirations. 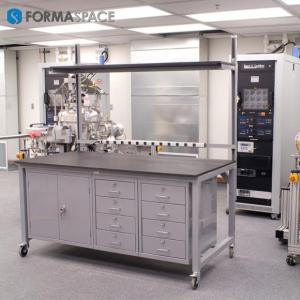 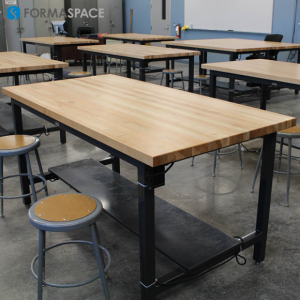 Heavy-duty industrial furniture built by Formaspace can be found across the spectrum, from Fortune 50/500 companies to prestigious Ivy League college classrooms and everywhere in-between.

Find out how to revive the domestic manufacturing sector in the US after it's been put on the back foot due to Coronavirus.

The US once led the world in basic science and education, but Deloitte reports that US investment in basic research has been stagnant, while Chinese investment has risen quickly.”
— Formaspace

AUSTIN, TEXAS, UNITED STATES, November 23, 2020 /EINPresswire.com/ — To say 2020 has been a difficult year for the American manufacturing companies would be an understatement.

It wasn’t meant to be this way.

Things were looking so promising for a recovery in American manufacturing that consulting giant Deloitte forecast in their 2016 Global Manufacturing Competitiveness Index that the US would return to its number one global ranking by the year 2020, followed by China then Germany.

But that forecast was made before the disasters of 2020 unfolded, most notably before the global Covid pandemic, which has disrupted factory production and international supply chains around the world. But other factors are at work as well, such as the imposition of new emergency of new trade barriers as part of an attempt by Washington to decouple America from doing business with China.

The US response to the pandemic has also prolonged the difficulties for American manufacturing. At the moment, most of China’s manufacturing workforce has been able to return to factory production, while here in the US, we appear to be on the cusp of a wintertime Covid-19 wave that may exceed the worst disease outbreaks of the spring and summer.

All is not lost, however.

As of November 2020, hope for a recovery is around the corner in the form of two promising vaccines (and possibly more) that could turn things around in 2021.

Now is a good time to reflect on where US manufacturing capabilities stand relative to other countries and what policy changes and investments we can make to support a continued renaissance in American manufacturing.

We’ll look at three areas: the importance of developing an Innovative and Productive Workforce, the need to maintain a Favorable Business Climate, and the power of Super-charged Network Effects.

The combination of leading-edge innovation and an educated, productive workforce (human capital) is widely seen as the most important factor in achieving long-term success in the manufacturing sector.

The manufacturing industry has been a leader in high tech innovation for decades, but the newest disruptive technologies (falling under the “Industry 4.0” banner, including 5G, AI, electric and autonomous vehicles, IoT, and the solar/battery renewable energy transformation) are already creating new industrial champions, such as Tesla Motors, that will change the course of manufacturing history.

But is the US investing enough?

The US once led the world in basic science and education, but Deloitte reports that US investment in basic research has been stagnant, while Chinese investment, albeit starting from a lower basis, has risen quickly. The Chinese government has also made a greater investment in technical schools and universities and proudly points to the greater number of published Chinese research papers and new patents, as well as impressive infrastructure projects, such as a network of high-speed trains as well as a burgeoning aerospace program.

Verdict: South Korea, China, And Taiwan Lead The World In Relative R&D Spending; China Is Rising While US Research Investment Is Stagnant.

For decades, countries around the world have struggled with how to combat “brain drain” – the loss of their best and brightest who have migrated (most commonly to the US) for better education and greater opportunities.

But the Coronavirus pandemic and recent US immigration changes may be upending this long-standing inflow of talented immigrants into the US. As American universities and colleges turn to virtual classrooms in response to Covid, US immigration has attempted to cut off access to foreign student visas, leading many international students looking to advanced education opportunities in Europe instead. Chinese nationals living in the US have also come under intense scrutiny, with several high-profile researchers having been accused of industrial espionage thanks to their ties with Chinese mainland institutions.

Of course, we cannot condone any illegal spying activities, but creating a hostile environment for talented immigrants is counterproductive at a time when countries around the world are seeking out the best and brightest experts in artificial intelligence, syntax, manufacturing technology, autonomous vehicles, and other media technologies that will drive the economy in the coming decades. The optics are not good when seen from the eyes of potential immigrants.

One question we should ask ourselves: “Would a future ‘Elon Musk’ choose to emigrate from South Africa to the US or China?”

Verdict: The US Is At Potential Risk For Brain Drain

According to the 2018 Brookings Global Manufacturing Scorecard, the productivity of US manufacturing workers rates among the best in the world –thanks to increased investment in automation and high tech manufacturing – allowing the US industry to succeed despite having some of the world’s highest labor costs.

But challenges remain. Around the world, populations are aging, and the demographic shift adds pressure on maintaining a sufficient pool of productive workers. Another issue facing American manufacturing is the perceived prestige level of manufacturing work; unlike their European or Asian counterparts, many highly training science and engineering graduates perceive manufacturing careers as having lower prestige compared to careers in software, fintech, or other high tech industries.

Another challenge facing the US is middling test results in STEM education. The US continues to rank in the lower tiers in math and science exams compared to other industrial countries.

More effort is needed to motivate students to learn about the benefits of a career in manufacturing through efforts such as increased STEM education, mentoring programs (especially for young women), greater access to Maker Spaces to encourage young minds to “build” things, and more industry-led internship programs to help students step into the manufacturing industry.

Verdict: The US Needs To Grow Its Future Manufacturing Workforce By Connecting With Students At A Young Age.

With a few notable exceptions, the US manufacturing industry enjoys a favorable pro-business climate.

The transformation of the US energy market has, over the past two decades, been remarkable. Thanks to increased adoption of renewable energy and tracking technology to exploit domestic oil and gas production, the US has become energy independent for the first time in over 70 years.