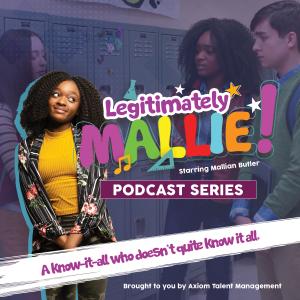 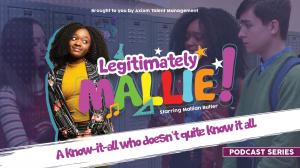 Legitimately Mallie Is Set For Success. 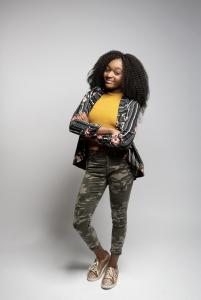 Mallie is the classic girl next door; the “know it all who doesn’t quite know it all.” She and her besties take on fun and relatable challenges in each episode.

FORT WORTH, TX, UNITED STATESE, November 21, 2020 /EINPresswire.com/ — An African American mother- daughter duo create their own path forward. Mallian Butler, a 14 year old writer and actress and her mother, Mahalia Jackson-Butler- Writer/Producer, have set out on a mission to bring back wholesome, family friendly entertainment by creating a new, episodic sitcom known as Legitimately Mallie. Season One of the production launched last month, October 2020, with episode one having aired October 22, 2020. With an 11 episode season underway, the creators and writers promise comedic entertainment that is grounded in reality and family values. comically navigating life along with her culturally diverse best friends and very close-knit family. Mallie, the classic girl next door, and her two best friends, Ernie and Sophie, hilariously take on real life issues with the finesse of a bull in a China cabinet. There is something for everyone in each episode, an entertaining dilemma and a meaningful lesson. The production promises to confront the audience with truth and reality in each episode while also maintaining a family friendly, comedic undertone. Mallian and Mahalia also seem confident that listeners will fall in love with the very memorable lead and supporting characters, as they each bring an extra bit of magic and spark to the show. The mother-daughter duo has paired up with best-selling, veteran novelist Brian W. Smith of Mckinney, TX and award-winning producer, Marylin Hebert of Los Angeles, CA to produce the first season of their series. Initially a made for TV sitcom, the team chose a different path forward and launched the production as a full order podcast series.

A new episode airs every Thursday on YouTube, Apple Podcasts, Spotify, Podbean and many other streaming platforms, simply search Legitimately Mallie to tune in and follow the season.

The series can be found on all social media platforms as Legitimately Mallie.

Mahalia, Mallian and team are excited to deliver a season that is loaded with laughs and wholesome entertainment. They are also very honored to shine the light on positive family entertainment.
Brought to you by Axiom Talent Management.
Axiomtm1@gmail.com
CEO: Mahalia Jackson- Butler