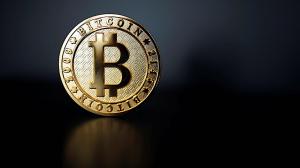 After 12 Years, the World's Most Powerful Computer Network Redefines Money

MIAMI, FL, USA, October 31, 2020 /EINPresswire.com/ — On October 31, 2008 some fellow (or fellows, we do not know for sure) named Satoshi Nakamoto released a nine-page white paper titled “Bitcoin: A Peer-to-Peer Electronic Cash System,” bringing Bitcoin to the world.

One of the core elements of Bitcoin was the concept of a distributed, forward-append only, immutable ledger called a blockchain that was maintained by all network participants. The blockchain would detail every single transaction, with all records linked cryptographically, with the database transparent to one and all.

Another fundamental aspect of Bitcoin is that only 21 million bitcoins, the native token of the network, would ever exist. This stood, and stands, in stark contrast to fiat currencies, such as the U.S. dollar, in which the amount of currency regularly increases, debasing value over time.

In the 12 years since its birth, Bitcoin has become the most powerful computer network in history, currently processing some 142 exahashes per second (EH/s). One exahash is one quintillion calculations.

In its short life, the project has already redefined money and stands ready these next decades to change the way people store and exchange value.

The Carlkruse.com blog regularly comments on Bitcoin and on cryptocurrency culture. Earlier examples of articles are this one and here and over here. Visit us at https://www.carlkruse.com