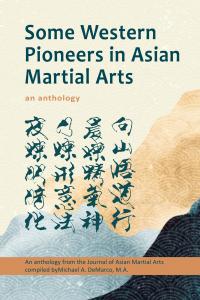 Newest anthology by Via Media Publishing, publishing in November 2020. 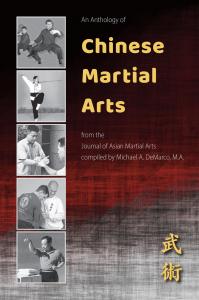 Cover of An Anthology of Chinese Martial Arts, published in October 2020. 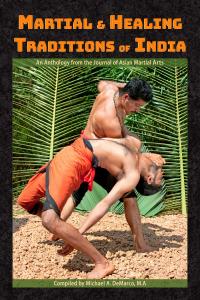 Cover of Martial and Healing Traditions of India, published in October 2020.

SANTA FE, NM, USA, October 31, 2020 /EINPresswire.com/ — Founded 1992, the quarterly Journal of Asian Martial Arts built a world-wide reputation for articles based on high academic standards and practical experience in the martial traditions. The journal was also published in Greece and Spain. Facing an economic crisis and the rapid growth of the internet, Via Media Publishing ceased publishing it in 2012. The more than five hundred articles published in the journal are valuable to any serious scholar and practitioner interested in the Asian martial traditions. Thus, anthologies started to be published in order to keep the material available.

Since 2012 Via Media has published nearly sixty anthologies, each focusing on specific categories of styles, usually by geographic origin including China, Japan, Korean, and Southeast Asia. Some are organized by academic disciplines. These include topics relating to health, women, conditioning, business, enforcement, weaponry, literature and movies. The recently published anthologies are titled: Martial and Healing Traditions of India, An Anthology of Chinese Martial Arts, and Some Western Pioneers in Asian Martial Traditions.

Martial arts are usually portrayed in the media with great hyperbole and often in either a cartoonish or a violent fashion. The anthologies published by Via Media offer an alternative, presenting all aspects of Asian martial traditions. The truely combative aspects include the practical skills for self-defense, law enforcement, and military training. Such applications reflect the original purpose of the combative arts. The centuries of development proved these arts also have other uses, especially for nourishing health. Many today choose to study a martial are purely as an exercise. Others incorporate the movements into dance choreography, as in classical Asian opera or modern experimental theatre.

Anyone with a genuine interest in Asian martial traditions, especially scholars and practitioners, benefit in numerous ways by reading the anthologies, since they discuss the arts as vital threads in the fabric of cultures. The authors present all facets of the arts, including theory and practice, and the spectrum of perspectives that readers will find suiting to their personal interests. The books and anthologies by Via Media Publishing will be available at 25% discount throughout the holiday season.

Video for the anthology: Martial and Healing Traditions of India