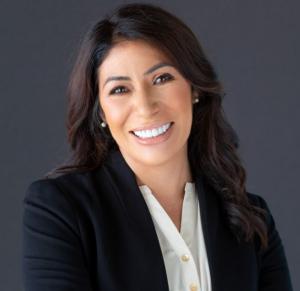 The election of Kamala Harris as the Democratic vice president speaks to the determination of women’s rights advocates like Emiliana Guereca.

LOS ANGELES, USA, October 26, 2020 /EINPresswire.com/ — Kamala Harris is the first woman of color to be nominated for the position of vice president for a major political party, and as such, this is a momentous moment in the politics of the United States of America. For many, it is a significant triumph to have her as a nominee and she serves as inspiration to many who see themselves in her.

Harris inspires support from across the world as she was born to parents of Indian and Jamaican heritage. Although born in the U.S., she spent a lot of her young life in Montreal, Canada. Her diverse insight might be politically beneficial, and this strengthens her position with those who believe in establishing cultural connections. She has already been elected as the junior United States senator from California since 2017 and was elected attorney general of California in 2010 and 2014. As a senator, she has supported healthcare reform, the legalization of cannabis, tax reform, gun control, and the DREAM Act. This act provides a way for undocumented immigrants to gain citizenship.

One of those people for whom her election is a momentous occasion is Emiliana Guereca. She is a women’s rights activist who organized the Women’s March Los Angeles in 2016 when she realized the consequences of President Trump’s election to the presidency. She has been central to the election of Kamala Harris as the vice president nominee as she organized women’s organizations to come together and probe Joe Biden to choose a female for vice president.

It is not a surprise that Guereca supports what Harris stands for as she is a staunch defender of minorities and has personal experience with issues that need to be addressed in politics. Guereca is the daughter of Mexican immigrants and has had to face the very real struggles that become apparent when being undocumented. She grew up in Chicago in very poor circumstances but had very few options because of their undocumented status.

However, she rose above her circumstances and was the first in her family to attend college. She started her own business at eighteen years old and she moved to California to finish school. She waited tables at a restaurant in order to finance her education, however, she would later purchase the restaurant and establish a restaurant group. She is an example of the people whom Harris would like to defend as vice president. A program to citizenship would be exceedingly beneficial to children of illegal immigrants who have mostly known an American upbringing and who have potential to aid in the success of not only their communities, but also their country; the United States of which they have been a part of for most of their lives.

Harris now represents a whole group of women, people of color, and especially women of color who feel that they have been left out of many women’s movements. Guereca is one of those who is aware of the significance of Harris’ position as she herself is a Latina who believes that people like her haven’t always been included in dominant women’s movements. However, she believes in not underestimating women. She looks to her mother and sister as inspiration as they had very little, and yet did amazing things. They have inspired her to make a success of her own businesses and her own undertakings in the name of women’s rights, Latinx rights, and the LGBTQ community.

Guereca continues to fight so that women like Harris can ascend to significant positions of power and represent a diverse group of people. To do so, she founded the Women’s March Foundation and the Women’s March Action which are political arms of the Women’s March. The organizations have assisted many women in running for political offices across the country, and they strive to continue to forge a path for women that want to get into politics.

Guereca has already proved vital to the women’s movement and has infinitely more potential. For more information, visit her Facebook or Instagram pages.