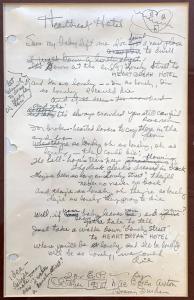 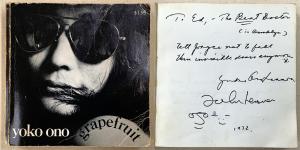 Copy of Yoko Ono’s book Grapefruit, originally published in 1964, signed by John Lennon and twice signed by Yoko. The book has become famous as an early example of conceptual art. 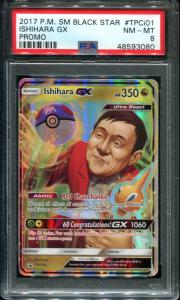 Star lots set to cross the auction block on Thursday include this rare Pokémon Black Star promo Ishihara GX trading card graded PSA 8, only the fourth copy ever to come to market. 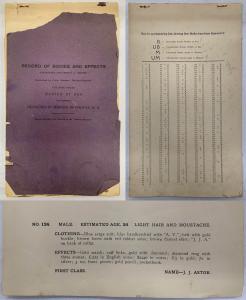 This rare Titanic artifact is a Record of Bodies and Effects of the passengers and crew, including Bodies Buried at Sea and Bodies Delivered at Morgue in Halifax (Nova Scotia). 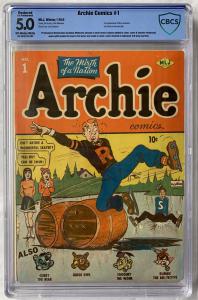 Included in the sale will be a terrific selection of comics in both single and group lots, as well as CBCS graded examples. Key books include Archie #1 shown here (1942, CBCS 5.0).

The lyrics are an expected top lot in the online-only Thursday-Friday sale planned by Weiss Auctions, based in Lynbrook, N.Y., at 10 am Eastern time both days.

LYNBROOK, NY, UNITED STATES, October 23, 2020 /EINPresswire.com/ — The original handwritten lyrics to the classic 1956 Elvis Presley hit song Heartbreak Hotel, a copy of Yoko Ono’s book Grapefruit signed by John Lennon and twice signed by Yoko, a rare Titanic item with a reference to the American businessman John Jacob Astor, and a scarce and highly collectible Pokémon trading card will all come up for bid in Weiss Auctions’ major online-only auction planned for November 19th-20th at 10 am Eastern both days.

Heartbreak Hotel was written in October 1955 by Mae Boren Axton, a high school teacher with a background in musical promotion, and Tommy Durden, a Jacksonville singer-songwriter. The lyrics were inspired by a newspaper account of a man who committed suicide by jumping to his death from a hotel window, leaving a note that said, “I walk a lonely street.” Axton presented the song to Presley and he loved it, recording the hit in January 1956 for his new label, RCA Victor. Axton and Durden’s signed lyrics, in pencil with corrections, is a rare slice of rock’n’roll history.

Grapefruit is an artist’s book written by Yoko Ono and originally published in 1964. It has become famous as an early example of conceptual art, containing a series of “event scores” that replace the physical works of art (the traditional stock-in-trade of artists) with instructions that an individual may, or may not, wish to enact. The book would be rare and valuable by itself, but the fact that this copy was signed by John Lennon and signed and inscribed by Yoko ups its value.

The Titanic artifact is a Record of Bodies and Effects of the passengers and crew, including Bodies Buried at Sea and Bodies Delivered at Morgue in Halifax (Nova Scotia). This is a list of the 306 bodies that were recovered after a seven-day operation of the cable steamer Mackay-Bennett. Of the 306 bodies, 116 were buried at sea, 190 were on board and delivered to the morgue in Halifax and 56 bodies were identified. On this list is John Jacob Astor (body No.124).

Sports will be headlined by a 2013-2014 Select Silver Prizm #178 Giannis Antetokounmpo RC rookie basketball card, graded PSA 10 Gem Mint, the highest PSA grade. A similar card sold on eBay in August for $12,000. Antetokounmpo, 25, is a superstar player for the Milwaukee Bucks. He was born in Athens, Greece to Nigerian parents. He’s affectionately called the ‘Greek Freak’.

The Friday, November 20th session (headlined by the Heartbreak Hotel lyrics and signed copy of Grapefruit) will also feature Bruce Springsteen and Bob Dylan signed albums, with both having certificates of authenticity; a signed Bruce Springsteen “Rosalita” tour jacket; a collection of signed checks (including ones from Marilyn Monroe, George Harrison, Orville Wright, Chester A. Arthur and Benjamin Harrison); and a copy of Playboy magazine signed by Donald Trump.

Friday will also feature a Vendo 44 Coca-Cola bottle coin-op vending machine; a vintage Paidar electric barber pole, 80 inches tall; a Charles Lindbergh signed postal cover; presidential signatures and documents; a private collection of Civil War documents and paraphernalia relating to the 14th Brooklyn Regiment, to include an important presentation sword; a collection of Theodore Roosevelt material, including signed documents, political buttons and banners; Part 1 of a vintage, 12,000-piece collection of 1930s-‘50s Western lobby cards; and other rare items.
.
Weiss Auctions is always accepting quality consignments for future auctions. To consign an item, estate or a collection, you may call them at (516) 594-0731; or, you can send an e-mail to Philip Weiss at Phil@WeissAuctions.com. For more information about Weiss Auctions and the big auction slated for November 19th-20th, visit www.WeissAuctions.com. Updates are posted often.