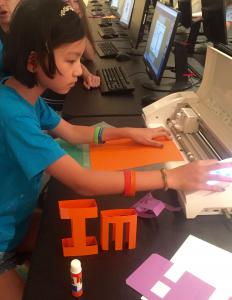 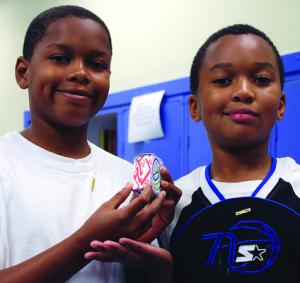 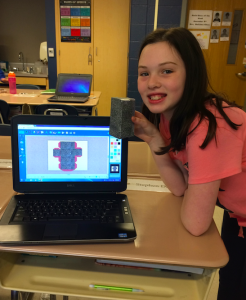 Designing on computer, students use the Engineering Design Process & FabMaker software to prototype their inventions.

With the increasing challenges the world is facing – often impacting marginalized and disadvantaged populations the most, there is an urgent need to catalyze meaningful STEM learning opportunities”
— Al Bunshaft, President, Dassault Systèmes US Foundation

BOSTON, MA, UNITED STATES, October 23, 2020 /EINPresswire.com/ — Several Massachusetts-based organizations are celebrating Massachusetts STEM Week 2020 by announcing news of a generous grant from Dassault Systèmes US Foundation, which was established by Dassault Systèmes, a world leader in 3D design software with U.S. headquarters in Waltham, MA. The funding has helped make possible a new STEM/CTE program (Science, Technology, Engineering and Math – Career Technical Education) with a focus on the National Academy of Engineering’s Grand Challenges, which include fourteen game-changing goals for improving life on the planet.

Boston Public Schools, which was recently chosen as recipient of the grant-funded FabMaker Grand Challenges (FabMakerGC) program, will invite students (grades 4 & 5) to take on some of the Grand Challenges as they learn engineering and design skills by using the FabMaker Studio web-based design and fabrication platform, which was developed by another Mass.-based non-profit, the Reynolds Center for Teaching, Learning & Creativity. Students will use FabMaker Studio, as well as Dassault Systèmes’ SolidWorks Apps for Kids – an ecosystem of apps that breaks down the design and engineering process into bite-sized pieces for creating, styling, designing, and expressing creativity in a fun-filled and easy-to-understand way. Both programs help students learn the engineering design process as they imagine, design, print, test and iterate a wide array of projects. This first-of-its-kind offering features web-based tools that are optimized for use when on-site student attendance is not possible.

As part of the program, Boston students will also learn about engineering professions and career pathways – connecting with a diverse group of real-world engineers provided through the support of the National Academy of Engineering (NAE). Specifically, the FabMakerGC project will be enhanced with a collaboration with NAE’s EngineerGirl program, which grew out of the work of the NAE Committee on the Diversity of the Engineering Workforce. Simil Raghavan, NAE senior program officer, and manager of the EngineerGirl program – who also happens to live in Massachusetts – is out to address the gender imbalance among engineering students and professionals. As she notes, young girls aren’t really introduced properly to the engineering field — if they’re told anything at all, “I think a lot of girls grow up wanting to change the world, they want to make a difference. And that’s what engineering is at its core — but it hasn’t traditionally been marketed that way. That needs to change.”

Al Bunshaft, President, the Dassault Systèmes US Foundation shares, “With the increasing challenges the world is facing – often impacting marginalized and disadvantaged populations the most, there is an urgent need to catalyze meaningful STEM learning opportunities, including broader access to virtual worlds and 3D education content for all young learners, especially among economically-challenged, underrepresented populations whose diverse perspective is critically needed . That’s why the Dassault Systèmes U.S. Foundation is so appreciative of Mass STEM’s focus on encouraging and supporting a more inclusive participation in the STEM fields – including women, people of color, first-generation students, low-income individuals, English language learners, and people with disabilities.” Bunshaft is also a member of Governor Baker’s STEM Advisory Council, serving continuously since his appointment by the Patrick administration.

The Reynolds Center is working with Boston Public Schools’ Executive Director of STEM Programming, Beth Milewski to develop a roll-out plan in concert with Boston’s participating elementary schools’ principals and teachers. Milewski shares, “The FabMaker Grand Challenges program will not only support the 21st century skills required in STEM, but also advance students’ interest and engagement in the engineering design process because of its purpose-driven focus on solving some of the world’s biggest challenges.” Three BPS pilot sites have already been named, including the Warren/Prescott School K-8 School, Thomas J. Kenny Elementary School, and the Eliot K-8 Innovation School.

Now deployed in 45 states, the FabMaker program, part of the Make To Learn initiative based out of the University of Virginia, has attracted considerable funding from a wide variety of foundation, philanthropic and government sources – including National Science Foundation’s I-TEST, U.S. Department of Education’s IES-SBIR and i3, MacArthur Foundation, Bay Area Discovery Museum, Cisco Foundation, Noyce Foundation, Motorola Foundation, and Morgridge Family Foundation. The FabMaker program was just highlighted by the U.S. Department of Education in its new publication called READY NOW, which features research-based, edtech resources that are optimized for remote, distance and hybrid learning situations.

Massachusetts STEM Week 2020, which takes place from October 19 – 23, and is organized by the Commonwealth’s Executive Office of Education and the STEM Advisory Council in partnership with the state’s 9 Regional STEM Networks. It is a statewide effort to boost the interest, awareness and ability for all learners to envision themselves in STEM education and employment opportunities, and compliment the formal instruction happening in the Commonwealth beyond STEM week.

“We’re hugely appreciative for Dassault Systèmes U.S. Foundation’s support – and thrilled to work with NAE as we support Boston Public Schools with the FabMakerGC program.” notes FableVision/Reynolds Center’s Executive Director Paul Reynolds, adding, “We’re especially proud to announce the news during Massachusetts STEM Week, which has been so critical in expanding the network of STEM learning innovations across the Commonwealth”. Along with announcing the FabMakerGC grant award, the Reynolds Center plans to celebrate Massachusetts STEM Week with several special STEM-focused events, details which are detailed here. Further details about the FabMakerGC program deployment in Boston Public Schools will be announced in the coming weeks.

ABOUT FABMAKER: The FabMaker Studio STEM Program is designed to bring meaningful, constructionist STEM education to learners (K-8) through 3D design and fabrication. FabMaker Studio features low-cost paper and cardstock, inexpensive digital cutters, and a range of easy-to-do activities that support STEM learning standards, and allows students to iterate multiple designs, and walk away with a finished project at the end of a session. This program was created in partnership with researchers at the University of Virginia’s Make to Learn Initiative, and is driven by a pursuit for equity and access around studies and careers in the STEM fields.