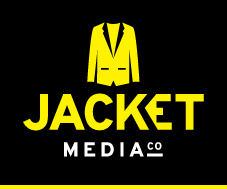 Fairfield, NJ, October 23, 2020: Congresswoman Mikie Sherrill (NJ-D, 11th District) discusses with hosts Lew Weiss and Tim Grady on Manufacturing Talk Radio at 10 a.m. on Monday, October 26, the National Supply Chain Database approved for $10 million in the National Defense Authorization Act being developed by the National Institute of Standards and Technology, in cooperation with the New Jersey Manufacturing Extension Partnership program, to determine U.S. manufacturing’s capabilities and each manufacturer’s ability to retool production to meet urgent national security needs. Rep. Sherrill, who sits on the House Armed Services Committee said, “We authorized $10 million for the National Institute of Standards and Technology (NIST), in connection with the Manufacturing Extension Partnership (MEP), to start the national supply chain database”.

In addition to this topic, Sherrill commented on protecting the IP (Intellectual Property) of this nation, and IP cooperation with other democratic countries around the world to bring the best possible solutions to the forefront of both manufacturing and the national defense. She also added some personal remarks on what her own work/life balance feels like, and the work-from-home COVID crisis hitting the American family in this 30-minute discussion that can be heard at mfgtalkradio.com.

Manufacturing Talk Radio is the longest running podcast covering the manufacturing industry since it’s launch in November of 2013. It is hosted by Lewis A. Weiss, president of All Metals & Forge Group, a company that manufacturers open die forgings and seamless rolled ring, and is the main sponsor of the show. Joining Mr. Weiss as host is Tim Grady.

Manufacturing Talk Radio interviews business experts, thought leaders, senior academics, non-profit executives, noted economists, and industry icons in over 50 subject areas pertaining to manufacturing, from the current state of the economy to the latest technology and industry advances as well as sector setbacks.

New shows are posted weekly, along with relevant news articles, video specials, and other coverage to keep pace with the dynamics of the transition from dark, dirty and dangerous 20th Century production to the high-tech environment of the 21st Century.

After graduating from the United States Naval Academy in 1994, Congresswoman Sherrill spent almost 10 years on active duty in the United States Navy. She flew missions throughout Europe and the Middle East as a Sea King helicopter pilot, worked on the Battle Watch Floor in the European Theater during the Iraq invasion, and served as a Flag Aide to the Deputy Commander in Chief of the U.S. Atlantic Fleet. Congresswoman Sherrill also served as a Russian policy officer and worked on the implementation of our nuclear treaty obligations and oversaw the relationship between the U.S. Navy and Russian Federation Navy.

Congresswoman Sherrill attended law school after leaving the Navy in 2003, earning a degree from Georgetown University. She worked as a lawyer and eventually joined the U.S. Attorney’s Office in New Jersey. As an Outreach and Re-entry Coordinator, Congresswoman Sherrill developed programs to help prevent crime in the community. These programs developed trust between law enforcement and the communities they serve, and helped people leaving prison to gain employment, housing, and education in order to restart their lives. As an Assistant U.S. Attorney, Congresswoman Sherrill worked to keep our communities safe, prosecuting federal cases and advising law enforcement on investigations.

Congresswoman Sherrill holds a Bachelor’s degree from the United States Naval Academy, a Master’s degree in Global History from the London School of Economics and Political Science, and a Law degree from Georgetown University.