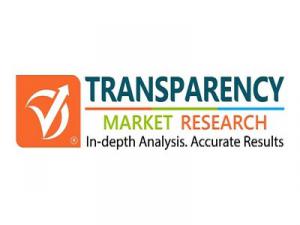 North America remains the leading region in the software defined perimeter market with revenues in 2020 estimated at US$ 951.3 Mn

Rising need for security mechanisms to protect enterprise data from advanced threats: Most organizations are now storing, computing, and networking through cloud-based infrastructure. This migration is driven by cost-efficiency, flexibility, and agility associated with cloud infrastructure. Cloud-based technology demands sharing of resources in the network, while enterprise security is based on isolation of resources at each level. The threat of network attacks against application infrastructure has increased with the adoption of the cloud technology, since servers cannot be protected with traditional perimeter defense techniques. Thus, increasing cloud deployment demands a security infrastructure model compatible to cloud technology, while preventing advanced security threats.

Increasing demand for simplification in security infrastructure: The shift from traditional VPNs to advanced hybrid and cloud technology requires implementation of additional security layers, at each level of the networking stack, which makes the system very complex to handle. This can be easily overcome in the SDP model, as it eliminates the need to add extra networking layers. The SDP model simplifies the security process by creating an ‘invisible infrastructure,’ and it excludes the complexity involved in configuring and installing traditional physical controls by combining layers with similar functionalities.

Request a sample to get extensive insights into the Software Defined Perimeter (SDP) Market https://www.transparencymarketresearch.com/sample/sample.php?flag=S&rep_id=16916

Request For Covid19 Impact Analysis Across Industries And Markets – https://www.transparencymarketresearch.com/sample/sample.php?flag=covid19&rep_id=16916