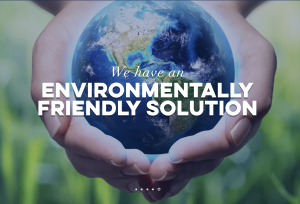 We are eager to bring this much needed green solution and all of its benefits to the residents of the St. Louis region.”
— Ryan Bird

ST. LOUIS, MISSOURI, USA, August 31, 2020 /EINPresswire.com/ — New Planet Energy, LLC (“New Planet”), an innovative solution provider for solid waste management is ready to begin construction in North St. Louis of a modern, demonstrably reliable waste processing facility that will recover, reuse, and divert more than 80% of residential trash from landfills. “We have our location and all of our permits and are ready to begin construction once we secure the waste contracts from local municipalities,” said Ryan Bird, CEO of New Planet, “We are eager to bring this much needed green solution and all of its benefits to the residents of the St. Louis region.”

The recycling movement in the United States is at a challenging crossroads due to shifting global trade dynamics. China, the largest buyer of U.S. recyclables, has gradually reduced and restricted the amount of U.S. recyclables that it accepts since 2018, which has significantly altered supply and demand and reduced the value of recycled scrap commodities, such as plastics. Other countries, including Thailand, Vietnam, and India, do not accept nearly enough U.S. recyclables to make up the difference. With the current relatively small domestic demand for traditional recyclable materials, the result is that far more recyclables end up in landfills than most Americans realize. In the City of St. Louis, for instance, as much as 75% of recyclables end up in a landfill each year. “I’m excited to help and be a part of bringing this environmentally sound solution to the St Louis region”, said Clifford Franklin, president of FUSE, a St. Louis-based public relations and advertising firm.

In cities where recycling is important to residents, local officials are searching for answers. New Planet proposes an innovative and proven solution to effectively sort recyclables for maximum recovery of materials and create a U.S. government-approved alternative fuel from residential trash. Their resulting product, called Solid Recovered Fuel (“SRF”), will serve as a renewable energy source in local industrial plants.

“This is an enormous win for the environment and for the St. Louis region. The solution we propose will simplify the collection process for residents and haulers, drastically reduce harmful greenhouse gas emissions, reduce the wear and tear and noise on streets, and offer a more sustainable solution for years to come,” says Bird, “What we offer is something that will benefit the residents of the St. Louis community for generations.”

How it works.
Residents would put all their waste into one bin. Municipalities would deliver the collected material to New Planet’s facility in North St. Louis. Workers, aided by state-of-the-art technology, would separate out valuable recyclables and the rest of the materials would be converted to SRF, a renewable alternative energy source, which would be sold to large industrial users. This process allows New Planet to divert over 80% from the landfill. The conversion process itself is completely indoors and controlled, releasing no harmful emissions or foul odors.

• Reduction of St. Louis’s carbon footprint by diverting waste from landfills, which emit large amounts of greenhouse gases.
• Reduction of the number of trucks on the road which in turn reduces noise and wear and tear on City streets. Because residents can put all their waste in one bin, municipalities can significantly reduce the number of collection trucks and the number of miles their trucks drive, further reducing St Louis’ carbon footprint.
• A simpler, more effective system that is less confusing for residents. This process allows for 100% resident participation in recycling.

New Planet has control of a site near I-70 and Adelaide Avenue in North St. Louis and has received the needed environmental permits to build its $90M plant. It plans to hire from the local community, giving residents access to good-paying jobs at a time when they are badly needed. Construction will begin once New Planet secures the necessary waste stream from St. Louis and the surrounding municipalities.

“St. Louis could become one of the first major cities in the U.S. to achieve a Zero Waste goal,” said Chris Goodson, a St. Louis entrepreneur, former Police Commissioner, and member of the local development team for the project. “Our goal is to reduce regional greenhouse gas emissions from landfills at the same time we provide a local solution to managing our solid waste, which in turn creates local jobs. This would be revolutionary for the St. Louis region and make it a better place for St. Louisans to live and businesses to thrive.”

To view a brief video and learn more, go to https://www.newplanetenergy.com/st-louis.