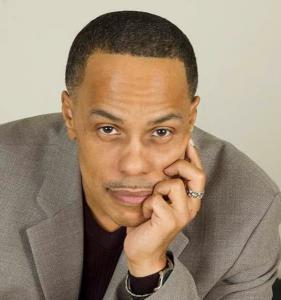 With the launching of ELA Productions, Ayala plans to enter more diverse markets and expand globally.

“Eric is a writer for all reasons,” stated an enthusiastic, Cynthia Stillwell of ELA Productions.

To that point, Ayala, who is also an actor, singer, and producer, is widely known for his original screenplays, novels, Netflix contributions and movie productions. At the time of this writing he has received 31 awards for his independent films and screenplays, and is a contender for at least one other.

As part of his ELA Production launch, the Atlanta, GA resident has hired a management team for his business, talent, and general operations. That group includes Cynthia Stillwell, Winston G. Williams, and Philip Spartis, respectively.

“Eric is especially gifted. He has assembled an incredibly talented and ambitious team to help meet his objectives,” stated Fran Briggs, Publicist to Eric Ayala. “He is also broadening his marketing and public relation efforts. His aim is to attract the best talent, partnerships, and opportunities.”

For additional information including how you or your group might work with ELA Productions, visit https://elaproductions.com. Alternatively, you may call Business Manager, Philip Spartis, 347-279-5139; or Talent Manager, Cynthia Stillwell, (323) 972-7975.

Eric Ayala was Born in Chicago, Illinois, and raised and educated in Indianapolis, Indiana. He is an award-winning writer; director; author; actor; singer; producer, and CEO of ELA Productions. Eric has been published in three genres. Within each genre, he uses a pseudonym which is a variation of his full name. His first book, “Restoration, (1997)” is categorized as inspirational fiction. In 1998, he wrote, directed and produced the stage play, “Will You Be Made Whole.” This production debuted on stage of the 14th Street Playhouse. The play was followed later that year with what was to become the first in the writer’s Wholeness Series. The book, “Will You Be Made Whole” was followed by the sequel to “Alabaster Box…Two Women One Struggle,” and “If I Should Die Before I Wake.” Under the author's pseudonyms, Erica Lewis and Lewis Ericson, he penned "Arlington Heights" and Darkness in the Mirror" (Erica Lewis); and "Outcast," "Avenging Alex" and "Retribution" (Lewis Ericson).