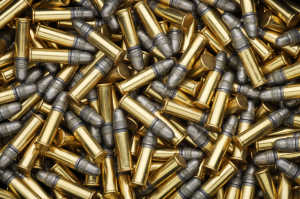 Animal Wellness notes that millions of hunters have already switched to copper, steel, and far less toxic metals for ammunition

Given all we know about the toxic properties of lead, the last very last place lead ammunition should be used is on federal lands specifically set aside to shelter and preserve wildlife.”
— Wayne Pacelle, president of Animal Wellness Action

WASHINGTON, DC, USA, July 10, 2020 /EINPresswire.com/ — Today U.S. Representative Ted Lieu, D-Ca., introduced legislation to phase out the use of lead ammunition on National Wildlife Refuges, putting an end to the needless incidental poisoning of millions of wild animals by lead left behind in fields, forests, and wetlands, including in the remains of animals peppered with fragmented shot and not retrieved. Animal Wellness Action (AWA), the Animal Wellness Foundation, and the Center for a Humane Economy are calling on lawmakers to push this legislation forward, with Animal Wellness Foundation president Annie Harvilicz, D.V.M., calling the malleable metal “a known toxin that, left behind after discharged from a weapon, quietly but mercilessly kills countless wild animals while also posing a threat to families who consume wild game.”

Lead has been the leading cause of death for California condors, and partly in response to the peril posed by lead to this highly endangered species, California completely phased out the use of lead (with the prohibition applying to federal lands) in July 2019. Other states with condors, such as Arizona, have taken more limited remedial actions. Dr. Harvilicz notes that lead fragments left behind on the landscape and in the carcasses of animals are small and make it very likely that animal scavengers and even people consuming deer meat will incidentally ingest the lead pellets.

The federal government has primary authority for wildlife management on National Wildlife Refuges. “Given all we know about the toxic properties of lead, the last very last place lead ammunition should be used is on federal lands specifically set aside to shelter and preserve wildlife,” added Wayne Pacelle, president of Animal Wellness Action. More than 500 scientific studies published over the last century have documented that at least 134 of wildlife suffer from lead poisoning, including golden eagles, bald eagles, and grizzly bears.

"Lead poisoning is a well-known health risk for humans, but it also threatens wildlife. Birds like California condors and bald eagles scavenge on animal carcasses and are at risk of lead poisoning because of exposure to lead fragments from ammunition. Lead from spent bullets can also leach into water supplies and poison additional innocent animals,” said U.S. Rep. Ted Lieu, D-Calif. “By banning lead ammunitions on the 95 million acres of land that U.S. Fish and Wildlife Service manages, we can reduce the exponential harm inflicted on animals from lead exposure. My bill is a common-sense solution that has support from sportsmen and conservationists alike. I look forward to working with my Congressional colleagues on efforts like this to reduce harm inflicted on our animal friends."

Lead alternatives are readily available, and comparably priced copper and steel ammunition outperform lead, according to many hunters. In 1991, the Fish and Wildlife Service banned the use of lead ammunition in waterfowl hunting and the results have been positive on the ecosystem. Waterfowl hunting has continued uninterrupted, lead poisoning has been reduced, and numerous species have been protected for a variety of wildlife uses. Since the implementation of the ban, researchers found that the use of lead-free shot reduced the death of mallards from lead poisoning by 64%, reduced lead in black ducks by 44%, and overall saved approximately 1.4 million ducks a year. The study further shows that blood lead concentrations significantly declined in both golden eagles and turkey vultures within a year.

The U.S. Fish and Wildlife Service (FWS) has a statutory duty to act to protect and conserve wildlife on its lands, and in 2017, consistent with that responsibility, issued a Director’s Order to phase out the use of lead on these federal lands by 2022. However, the order was undone by the new Secretary of Interior on his first day, taking no time to examine the science and data behind the original policy.

The Animal Wellness Foundation (Foundation) is a Los Angeles-based private charitable organization with a mission of helping animals by making veterinary care available to everyone with a pet, regardless of economic ability. We organize rescue efforts and medical services for dogs and cats in need and help homeless pets find a loving caregiver. We are advocates for getting veterinarians to the front lines of the animal welfare movement; promoting responsible pet ownership; and vaccinating animals against infectious diseases such as distemper. We also support policies that prevent animal cruelty and that alleviate suffering. We believe helping animals helps us all.