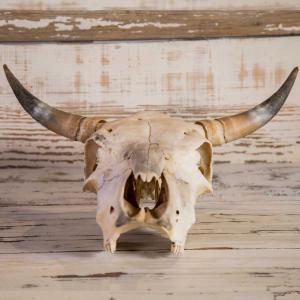 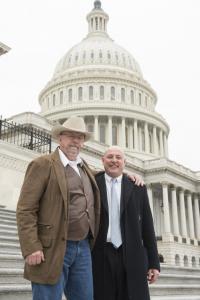 TOPEKA, KANSAS, USA, October 9, 2019 /EINPresswire.com/ — Today, farmers and ranchers gathered at the State Capitol to hold a press conference to release the findings of a research paper that highlights the abuses of a federal program administered by a state not-for profit. The Organization for Competitive Markets and Kansas Cattlemen’s Association joined to speak out against the corruption and potential misuse of $10 million of farmers’ hard-earned dollars, at a time when agricultural producers are already struggling because of the disruption of international markets because of trade disputes.

Originally established by the Congress to pool funds for commodity-specific promotion and research, and mandated to be funded directly from farmer dollars, the checkoff programs have expanded far beyond their intended purposes and have become a source of controversy and government abuse. The latest report shows the diversion of money for high salaries and lobbying activities by private trade associations – not activities consistent with the authorizing language in the federal statute that governs the program.

Checkoff dollars appear to have been misused for decades to lobby for policies that are harmful to animals, including a recent plan to roundup and incarcerate massive numbers of wild horses from public lands in the West.

“Once again, ‘Big Ag’ and the so-called National Cattlemen’s Beef Association’s scheme that misuses farmers’ dollars to line the pockets of multi-national corporations has been exposed,” said Marty Irby, executive director at Animal Wellness Action. “We’re ramping up our efforts to help end the abuses in the corrupt USDA checkoff programs. Checkoff’s shouldn’t be allowed to use the American family farmer’s hard-earned money to put them out of business.”

“I don’t want my hard-earned dollars funneled to a quasi-governmental organization that works against my best interest and represents industrial agriculture’s continued movement toward the monopolization of farming,” said Will Harris, president of the American Grassfed Association. “We’ve farmed the same land since 1866, and I want to ensure that future generations are able to continue to do the same.”

Earlier this year, a very unlikely group of allies – U.S. Sens. Mike Lee (R-UT), Cory Booker (D-NJ), Rand Paul (R-KY), and Elizabeth Warren (D-MA) – banded together to reintroduce the Opportunities for Fairness in Farming (OFF) Act, S. 935. The bill doesn’t seek to abolish the checkoff programs, as Big Ag has misrepresented in its attacks against the legislation – but would instead create transparency and accountability and prohibit checkoff funds from being used for lobbying. The OFF Act also would prohibit funds from being used to pay for staff and programs of trade associations that favor multi-national corporations and push small farmers out of business. U.S. Rep. Dina Titus (D-NV) plans to soon introduce a similar measure in the U.S. House of Representatives.

The Beef Checkoff Program was established in the 1985 Farm Bill. As a result of federal law, the Beef Promotion and Research Act (Beef Act), mandates that every time cattle producer sells a cow; the producer is required to pay a $1.00 federally mandated beef checkoff assessment to the federally designated Qualified State Beef Council in the
producer’s state.

Because Kansas Livestock Association is a private membership trade and lobbying organization with a complex business model of both nonprofit and for-profit organizations, its role as the tax collector has created resentment and hostility among the independent cattle producers who are mandated to pay into the fund.