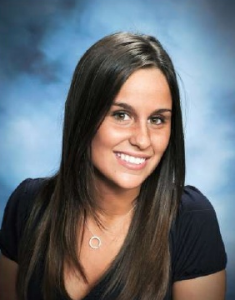 LYNN, MASSACHUSETTS, USA, May 15, 2019 /EINPresswire.com/ — Emergency room nurse Victoria LoConte offers a closer look at her passion for gerontology and shares concerns for elderly residents in her hometown of Saugus, Massachusetts.

Across the United States, elderly individuals are increasingly at risk of loneliness and social isolation, both of which have been demonstrated to cause cognitive decline, a loss of independence, a lack of self-care, and, in some cases, can also prove to be life-shortening. That's according to emergency room staff nurse and authority on gerontology, Victoria LoConte, as she focuses on the situation in her own Massachusetts hometown.

"Next to emergency medicine, gerontology is my true passion," reveals LoConte, "and I've previously completed a lengthy paper on the risk of social isolation among the elderly in my hometown of Saugus, Massachusetts."

The paper, titled 'Saugus Elders,' was completed as part of LoConte's studies at Southern New Hampshire University. "My professor at the time loved it so much that they asked me to seek publication of the finished 38-page work," she proudly reveals.

Located within the Greater Boston area, the Essex County town of Saugus, Massachusetts, covers a total area of just 11.8 miles. "The median age among Saugus residents is roughly 45 years old," explains LoConte, "and the town, generally, scores well in terms of priority health issues, with ongoing steps being taken to reach various outlined goals where improvement is deemed necessary."

Among more elderly residents, however, emergency room nurse Victoria LoConte has identified an increased risk of loneliness and social isolation within the town. "The elderly within Saugus are at an increased risk," she explains, "because many of them are living alone or residing within nursing homes or assisted living facilities."

The elderly within Saugus account for approximately 17% of the general population as outlined in recent reports, with at least 10% of all residents believed to be living within some form of nursing home, assisted living facility, or elder housing project. Yet, despite local businesses profiting from the needs of the elderly, according to LoConte, such as visiting nurse agencies, home health aide companies, elder transportation services, home-delivered meals, and even law offices specializing in elder rights, she believes that wholly insufficient attention is given to the town's elderly population. "Sadly, I can attest, as a Saugus resident, and past Saugus visiting nurse, that little care or attention is given to the elderly in the town," she adds.

According to scholarly research, social isolation, loneliness, and a lack of adequate support—especially among the elderly—are social conditions which exact a significant toll on psychological well-being and physical health. "Although an elderly individual may be residing within a nursing home full of other elderly persons," LoConte explains, "they may still feel lonely and isolated because their interactions within the nursing home are not with social contacts which they desire, such as family members and more like-minded friends."

The negative consequences of loneliness and social isolation, she goes on to reveal, include cognitive decline, a lack of motivation and self-care, a loss of independence, and may even prove to be life-shortening.

Adult diabetes is also a concern in Saugus, particularly among the elderly, according to LoConte. "Unfortunately Saugus is failing to address the needs of many of its diabetic or pre-diabetic residents, especially in regards to the elderly," she explains. "I would, therefore," the emergency room staff nurse adds, "propose a partnership of some sort between the many visiting nurse agencies in the area and, for example, other supportive elder services."

"Another concern, again in terms of social isolation among the elderly," she adds, "centers around their preparedness within emergency situations, such as during heavy or extreme snowfall."

With blizzards common in the area, LoConte is concerned with how the elderly residing within their homes would fare without their home-delivered meals or without the assistance of their visiting nurse. "I fully believe that the risk is great for these individuals," she reveals, "and while some care for the elderly has been shown in cases of past natural disasters, for example, greater steps still need to be taken."

The same steps must also be taken, she stresses, to implement similarly improved levels of attention and care within day-to-day, everyday life.

"With the elderly population in Saugus identified to be at an increased risk of social isolation and loneliness," says LoConte, "it's vital that we look to support a higher quality of life for our elders in the town.

"I would propose that we do this," she adds, wrapping up, "through a combination of emotional support, the promotion of physical and outdoor activities, and the proactive maintenance and treatment of both general health and wellness complaints, and more serious diseases and conditions, such as diabetes." Victoria notes that some of these needs are being met by the Saugus Senior Center, but adds that through her travels as a visiting nurse she found that many elders were either unaware of the Senior Center’s existence and/or feel the center would offer them little benefit. Greater presence in the community is desperately required and would benefit not just the seniors but the younger generations that could learn from their elders.

Victoria LoConte is an emergency room staff nurse at CHA Everett Hospital in Everett, Massachusetts. She holds an associate's degree in nursing, obtained from the Lawrence Memorial School of Nursing with Regis College and a bachelor's degree in nursing from Southern New Hampshire University. Prior to her current position, LoConte has also worked as an urgent care facility nurse manager, a case manager, and as a skilled visiting nurse serving the Greater Boston area. Her experience includes adult, geriatric, and pediatric care.