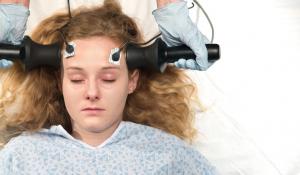 ECT is currently being used on children, pregnant women, the elderly and other vulnerable patients— an estimated 100,000 Americans shocked each year with up to 460 volts of electricity, despite documented irreversible damage 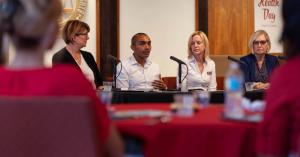 Thousands and thousands are seized without process of law, every week, over the ‘free world’ tortured, castrated, killed. All in the name of ‘mental health.’”
— L. Ron Hubbard

MIAMI, FLORIDA, USA, May 15, 2019 /EINPresswire.com/ — The Florida chapter of the Citizens Commission on Human Rights (CCHR), a mental health watchdog organization, continues its crusade against electroshock “treatment” with an International Day Against Shock Treatment open house on May 17th at The Church of Scientology Miami, 2220 S Dixie Highway. Guest Speakers will be: Mari Frankel, Director and producer of the Foster Shock documentary; Tyrone A. Jackson, owner of Divine Images Production, Inc.; and Claudia Arcabascio, Vice-President for Hispanic Affairs at CCHR Florida. The event starts at 6:30 pm and will be complimentary.

Electroconvulsive Therapy (ECT) is currently being used on children, pregnant women, the elderly, and vulnerable patients — an estimated 100,000 Americans shocked each year with up to 460 volts of electricity to the brain, despite many documented irreversible and harmful effects [1].

The United States FDA has reported that ECT causes permanent memory loss, cardiovascular complications, brain damage, and even death [2]. However, there is no scientific proof that ECT is safe or effective — despite its purported intention to treated mental disorders. The FDA has also never required clinical studies to prove electroshock is safe for the public, despite being used for more than 80 years [3]. Texas, the only state to record deaths within 14 days of electroshock being administered, reported a death rate in recent years that represents an estimated 300 deaths nationally each year from ECT [4].

ECT’s history ranges from its original use in slaughtering pigs, to punishment, painful "aversion therapy" on homosexuals, inflicting brain damage on children, and strictly as torture. The World Federation of Societies of Anesthesiology stated that ECT is "absolutely contraindicated" in pregnancy [5]. Researchers of Maine Medical Center have found brain damage in a baby whose mother had undergone ECT while pregnant [6]. The Journal of Maternal-Fetal & Neonatal Medicine warns of potential spontaneous abortion, placental abruption, cardiac arrhythmias, fetal burn and intrauterine fetal death when a pregnant woman experiences general electrical shock. [7] However, the APA (American Psychiatric Association) maintains that ECT is safe during all pregnancy trimesters. [8]

Veterans are also being subjected to ECT. A Texas ECT Annual Report recorded that of six deaths which occurred after ECT administration to veterans, four were suicide — yet this “therapy” is rising in usage [9]. In 2008, there were at least 75 locations in the VA medical centers network that delivered electroshock. By October 2015, this statistic had almost doubled, with 140 of the Veterans Hospital Administrations’ facilities — about 49% — delivering ECT to patients on both an inpatient and outpatient basis [10].

ECT remains big business for vested interests. In the U.S, 65-year-olds receive 360% more electroshock than 64-year-olds since Medicare funding takes effect at age 65. ECT treatments are inexpensive to deliver, but administering them generates between $2-$5 billion in revenue per year in the USA alone — despite documented, damaging health effects [11].

CCHR will hold this open house to raise awareness about this form of psychiatric treatment and raise vital questions to guide parents and professionals in the field of mental health.

Initially established by the Church of Scientology and renowned psychiatrist Dr. Thomas Szasz in 1969, CCHR’s mission is to eradicate abuses committed under the guise of mental health and enact patient and consumer protections.

It was L. Ron Hubbard, the founder of Scientology, who brought the terror of psychiatric imprisonment to the notice of the world. In March 1969, he said, “Thousands and thousands are seized without process of law, every week, over the ‘free world’ tortured, castrated, killed. All in the name of ‘mental health.’” For more information visit, www.cchrflorida.org